New Delhi [India], January 20 (ANI): The new recruits who were handed over appointment letters on the third edition of ‘Rozgar Mela’ on Friday, lauded the rapid and transparent recruitment process by the Centre.

The new appointees, who were present at an event that Prime Minister Narendra Modi attended virtually, expressed gratitude to the government and said that they were selected based on merit.

Earlier today, the Prime Minister had also underlined the “transparent” recruitment process during his address to the appointees.

The former Chief Minister of Assam and current Union Minister Sarbananda Sonowal, while speaking to ANI said that the youth of the nation is committed to making out country ‘Aatma Nirbhar’.

“In the leadership of Narendra Modi, several beneficiaries received appointment letters today. The newly inducted recruits from different states expressed their satisfaction during their interaction with PM Modi. The appointees have made up their minds in contributing to the development of the nation,” said Sonowal.

After the conclusion of the event, the appointees expressed their joy.

Rahul, a newly recruited officer from Jharkhand, told ANI, “After appearing for the APO exam in 2021, I was waiting for the joining process for so long. I am extremely happy and thank PM Modi ji and Pradhan ji for providing us the appointment letter. I am hoping to receive a joining letter within a week.”

“I and my family are overjoyed with the fast recruitment process. I have been waiting for this moment for so long. My only advice to the aspirants is to stick to one exam and try solving as many previous year question papers,” Kumar said.

Speaking on the lines of PM Modi’s remark about bringing transparency to the recruitment process, Poornima, a newly inducted recruit in the Ministry of Defence as Girl Cadet Instructor, said, “I am extremely grateful for receiving the appointment letter. This is the result of my hard work over many years. PM Modi has brought transparency in the recruitment process and there is no corruption in the process anymore.” 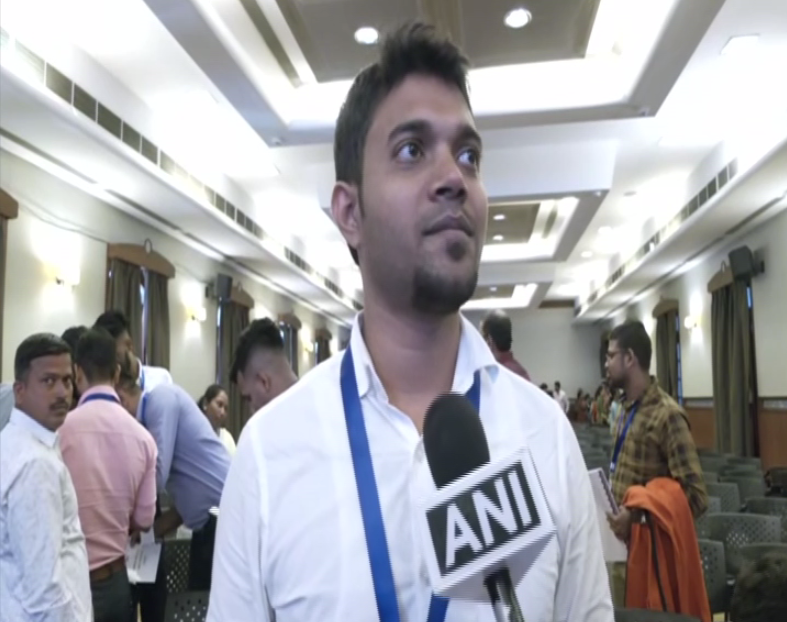 Sanjay Murmu, who got recruited by ESIC, said, “it is a great initiative by PM Modi. We received the appointment letter on time which used to get delayed during online recruitment. I hope regular and timely recruitments will be done now onwards.”

The third edition of Rozgar Mela was held today in five cities including Prayagraj, Guwahati, Panaji, Mohali and Bhubaneshwar and approximately 71,000 appointment letters were distributed to the newly inducted recruits.

PM Modi addressed the event and congratulated the newly inducted recruits virtually and said that in the coming days, lakhs more families are set to be recruited into government jobs.

Rozgar Mela is being organised in the BJP and NDA-ruled states.

Since then, the Prime Minister has addressed Rozgar Melas of Gujarat, J-K and Maharashtra governments, and also launched a Karmayogi Prarambh module for online orientation courses for all new appointees in various Government departments while distributing about 71,000 appointment letters to newly inducted recruits. (ANI)

Several marijuana-related bills among proposals from Oklahoma lawmakers this session

Japan, the only country merging two security theatres in Europe and Indo-Pacific