Iraq face Oman in the 2023 Gulf Cup final on Thursday. We break down the football history between the two teams.

Hosts Iraq will face Oman in the final of the eight-nation Arabian Gulf Cup at 7pm (16:00 GMT) on January 19.

The tournament, which is being held in Basra, is the first major football tournament to be hosted by Iraq in more than 40 years.

Both teams remain undefeated in this year’s edition, with Iraq beating Qatar 2-1 in the semifinals and Oman edging out Bahrain 1-0 to reach the final.

Iraq and Oman met on the pitch for the first time during the fourth Arabian Gulf Cup, held in Qatar in 1976. Iraq won that match 4-0.

Throughout their 26-match football history, Iraq has won 12 matches while Oman has won six. Eight matches resulted in a draw.

The highest recorded score between the two teams was during the 1979 Gulf Cup, in which hosts Iraq won 7-0.

How Iraq and Oman reached the final

Iraq topped their group with seven points, including wins over Saudi Arabia (2-0) and Yemen (5-0) and a draw against Oman (0-0).

Oman also beat Saudi Arabia (2-1) and Yemen (3-2) to come second in the group on goal difference. 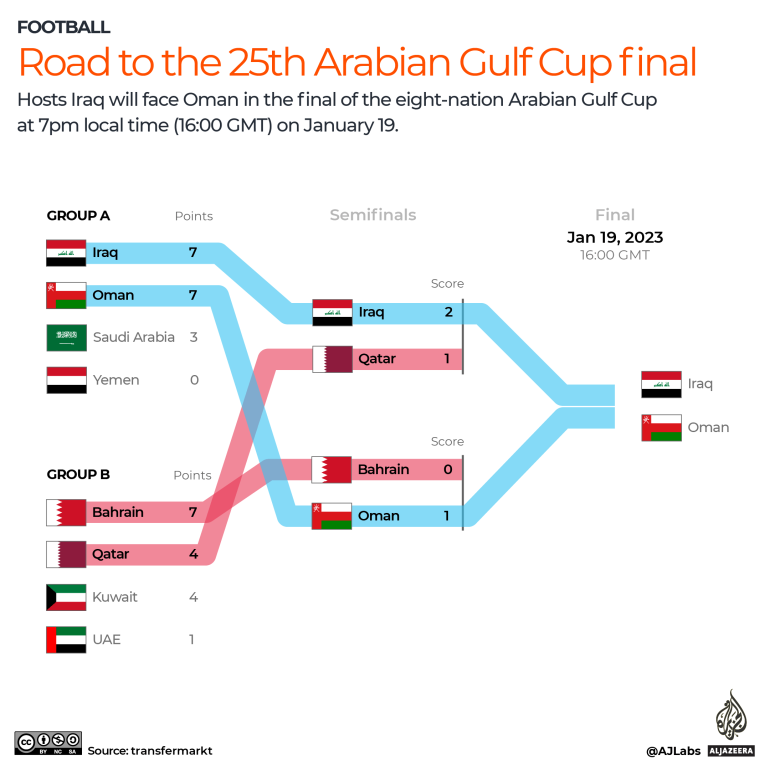 With 10 championship wins, Kuwait has been the most successful team in the tournament’s 53-year history. Saudi Arabia, Qatar and Iraq each have three titles. Oman has two titles. 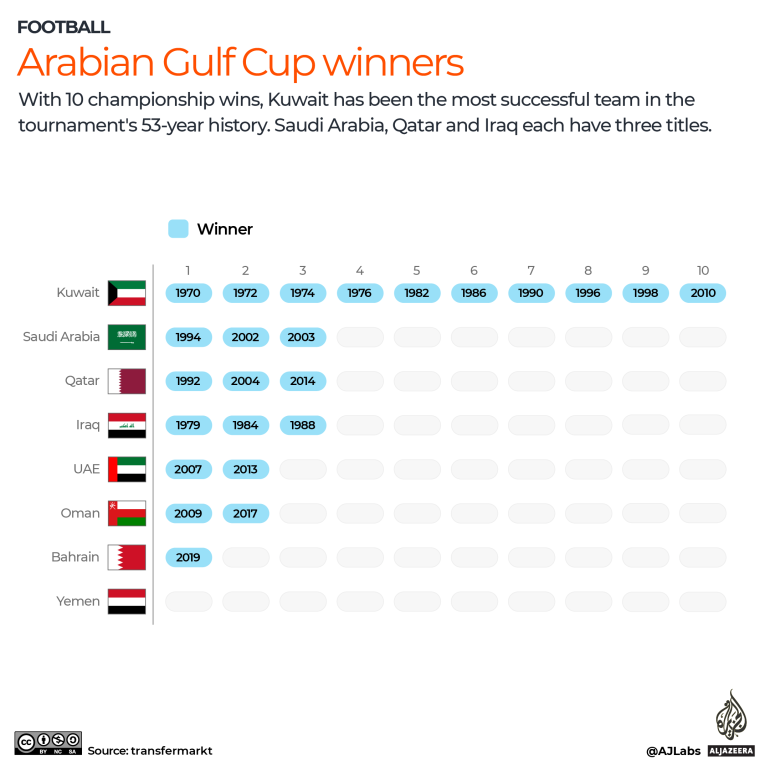 Members of Congress sign up for TikTok, despite security concerns

Members of Congress sign up for TikTok, despite security concerns