The team of CBRI, Roorkee has started to check the land subsidence in Joshimath by conducting a door-to-door survey of the condition and has also installed a gauge meter at houses where severe cracks have been reported.

“The gauge meter is placed above the cracks after setting it at zero and will be monitored again in a few days. The meter will show deflection if the crack would have widened,” CBRI Chief Engineer, Ajay Chaurasia said adding that their team of 40 engineers is scheduled to inspect 4,000 houses in nine wards here.

This door-to-door impact survey has been initiated today and the CBRI will submit its report to the Uttarakhand government by January 25.

“Two types of stickers ‘unusable’ (not usable) and ‘access further’ (needs further investigation) are being pasted upon at the houses soon after their inspection. However, the final decision on the analysis will be taken only after studying the report,” CBRI chief engineer said further.

He also said that there are some houses in Joshimath that have been impacted by the land subsidence despite its “amazing” engineering.

Pointing at a railway guest house, he said, “its engineering was very good, but still it got cracks. There are many houses that are at the lower house but have not been impacted much but if the upper house collapses, the lower houses will automatically come under its influence; hence in this way, we had to paste the ‘unusable’ sticker here.” 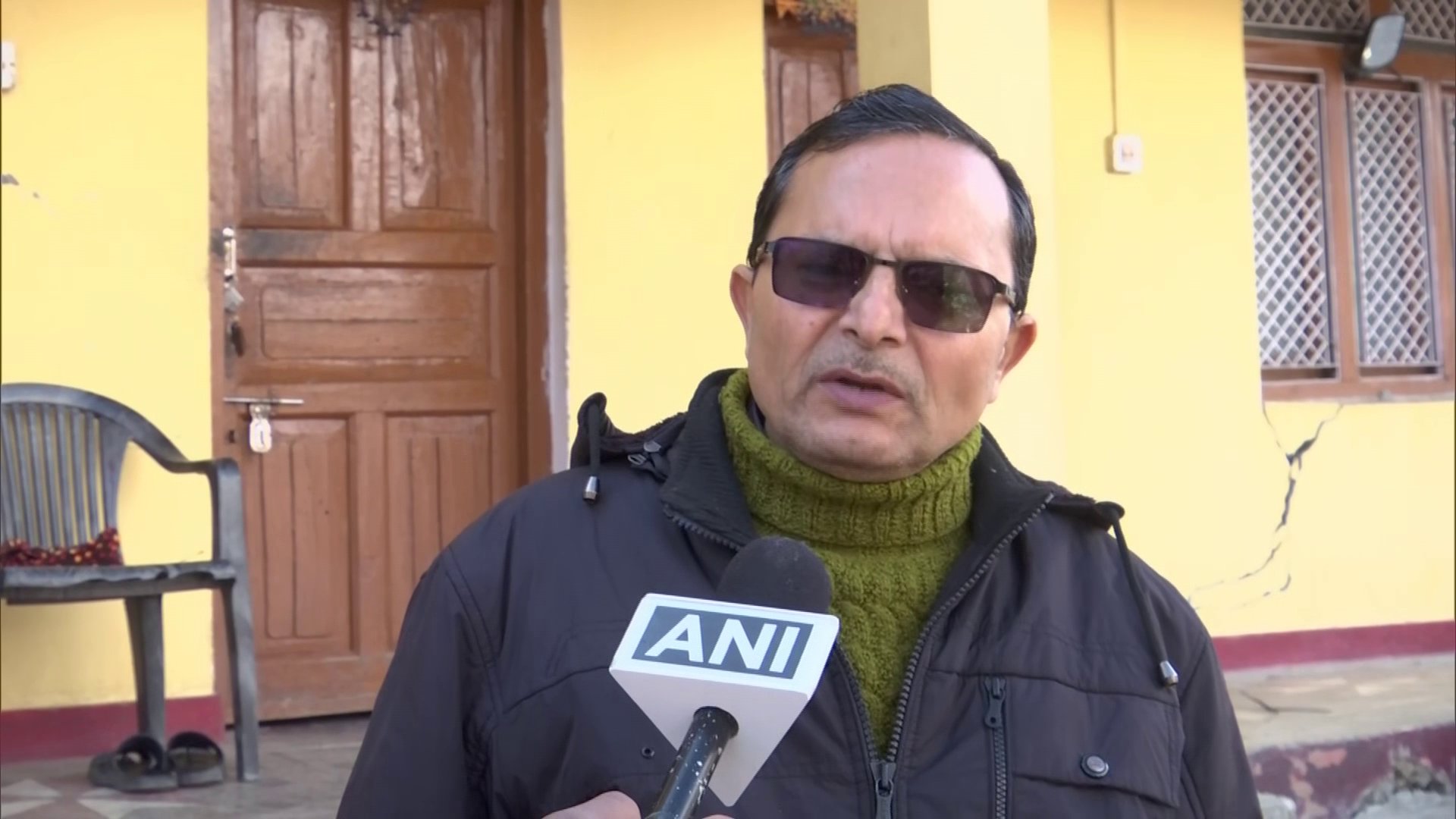 “We will make environmental and ecological assessments and also assess water quality here. We have four-five teams working on it in different areas,” Scientist Dr JC Kuniyal told ANI.

In view of the land subsidence in Joshimath, the state Cabinet on Friday approved an amount of Rs 45 crore as relief for the affected families.

The Cabinet also cleared a proposal to waive the electricity bill of all those affected for six months starting from November 2022, besides approving a proposal for providing employment under the Mahatma Gandhi National Rural Employment Guarantee Act (MNREGA) to two members of each of the affected families.

The cabinet meeting was led by CM Pushkar Singh Dhami, and discussions on key issues including relief for the people of affected areas were discussed.

“We have shifted 99 families from Joshimath so far and Rs 1.5 Lakh ex-gratia is being given. Assessment for rehabilitation is underway and we’re making key decisions for the future,” Dhami said after the meeting.

Affected people will be provided with a room or Rs 950 daily for accommodation Rs 450 shall be given for food. The cabinet also cleared a proposal to prepare a final package proposal and send the same to the union government within a week.

The cabinet has also approved the proposal for a geological survey to be conducted in the affected areas. Also, for assessing carrying capacity in hill stations in different phases. (ANI)

‘Locking the clock’ wasn’t popular, either

House GOP’s Next Opportunity to Drain Swamp by Banning Earmarks

Which party controls Congress? It could be days or weeks before we know • Missouri Independent