The inquiry order has been given by the Superintendent of Police (SP), Ernakulam Rural, Vivek Kumar after the SI of Ayyampuzha police station was seen, in the video, demanding more money from a person for allowing to transport soil.

As per the video, he initially received Rs 500 as a bribe to transport soil, but later he was seen given Rs 500 more as he said that the previous amount was not enough. In the purported video, the SI could be seen sitting in a police vehicle (jeep) along with its driver. 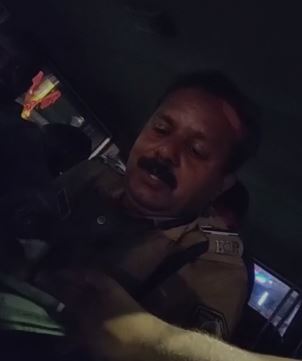 As the Rural SP told media persons that the complaints of corruption are already filed against him, he assured that appropriate disciplinary action will be taken against the SI soon.

Details into the matter are awaited.

Earlier in December 2022, the Rural SP of Ernakulum had suspended two Sub Inspectors for taking bribe from the Sand Mafia.

SI Joy Mathai and SI Abdurahiman of Puthencruz Police station allegedly accepted a bribe via a digital mode of the transaction (Google Pay).

As per the reports, Abdurahiman accepted Rs 11,000 and Joy Mathai accepted Rs 4,000 like this. They asked the Sand Mafia persons to send money via Google Pay to a relative of theirs.

The Rural SP has ordered into this and suspended them after receiving the preliminary enquiry report. (ANI)

Singapore’s economy beats forecasts with 3.8% growth in 2022 | Business and Economy

Singapore’s economy beats forecasts with 3.8% growth in 2022 | Business and Economy

House GOP’s Next Opportunity to Drain Swamp by Banning Earmarks

Oklahoma Republicans banned most abortions. Now they want to carve out exceptions

We are ‘greening’ ourselves to extinction | Opinions