Bali [Indonesia], November 14 (ANI): Chinese President Xi Jinping on Monday said that he is looking forward to bringing China-US relations back on track with healthy and stable growth.

“In our meeting today, I am ready to have a candid and in-depth exchange of views on issues of strategic importance in the China-US relationship. I look forward to working with you to bring China-US relations back on track with healthy and stable growth,” Xi Jinping told his US counterpart, Joe Biden.

Both leaders gave brief opening remarks and exchanged pleasantries in front of the media before the press were swiftly ushered from the room for the start of the high-stakes talks.

“Today, we finally have this face-to-face meeting. Currently, the China-US relationship is in such a situation that we all care a lot about it. We need to find the right direction for the bilateral relationship going forward and elevate the relationship,” added Xi.

On the US side, Biden was accompanied by a team including Secretary of State Antony Blinken, Secretary of the Treasury Janet Yellen, and Ambassador of the United States to the People’s Republic of China Nicholas Burns.

Biden and Xi sat down at their tables, flanked by officials on each side. Both did not wear masks, while the other room officials all wore masks.

“I am committed to keeping lines of communication open between you and me personally, but our governments across the board, because our two countries have so much that we have the opportunity to deal with,” said Biden in opening remarks.

“As the leaders of our two nations where share responsibility in my view to show that China and the US can manage our differences, prevent competition from becoming anything even near conflict and find ways to work together on urgent, global issues that require our mutual cooperation,” added Biden.

Xi further stated that the world is paying attention to the high-stakes meeting between him and Biden. 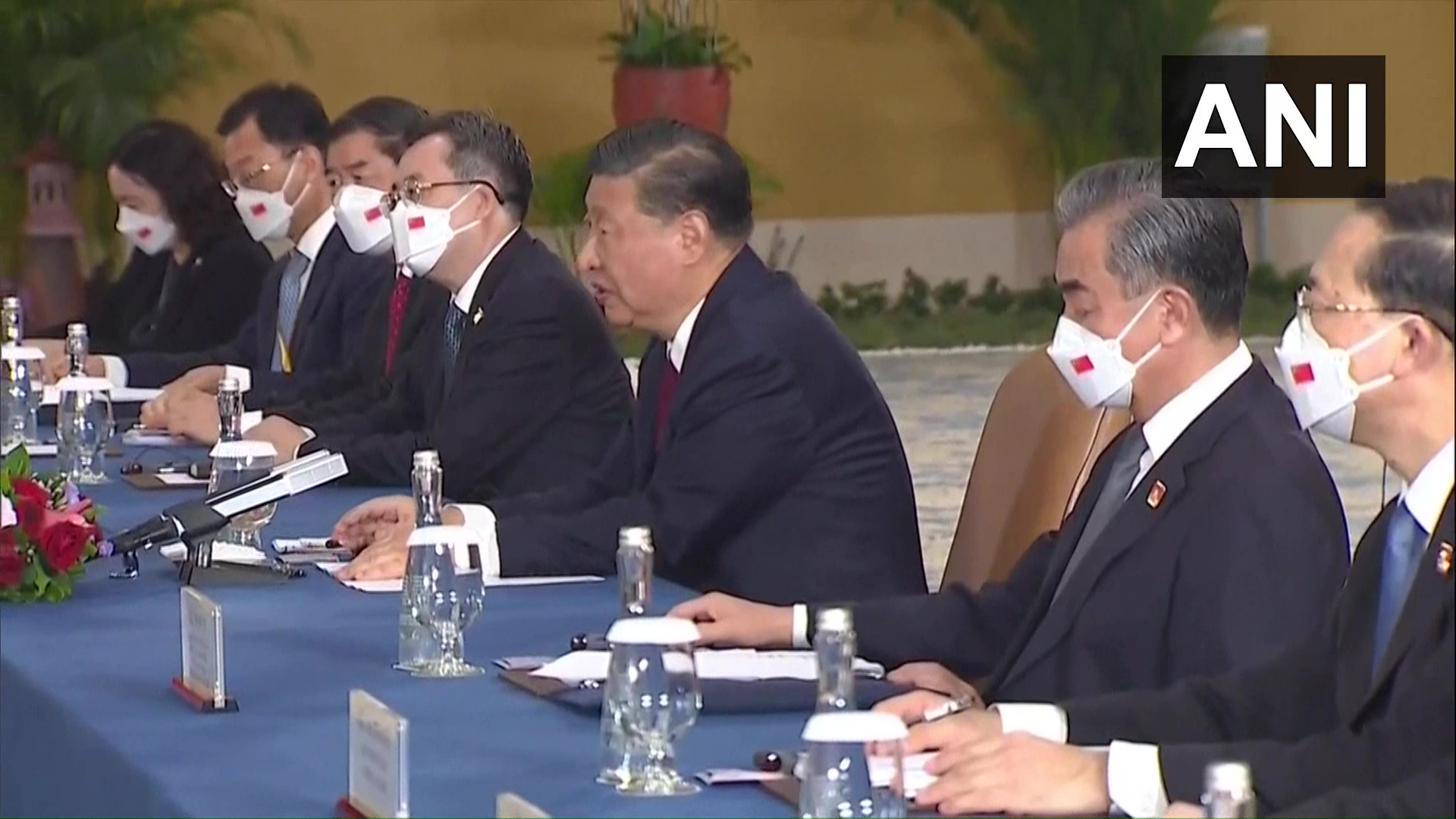 “Currently the China-US relationship is in such a situation that we all care a lot about it because this is not the fundamental interest of our two countries and peoples, and it is not what the international community expects (from) us,” Xi said in his opening remarks at the meeting.

“As leaders of the two major countries, we need to chart the right course for the US-China relationship. We need to find the right direction for the bilateral relationship going forward and elevate the relationship,” he added, speaking through a translator.

“The world expects that China and the United States will properly handle the relationship. Our meeting has attracted the world’s attention, so we need to work with all countries to bring more hope to world peace, greater confidence to global stability and strong impetus to common development,” the Chinese leader said.

Xi and Biden have known each for more than a decade, but Monday saw them meet face-to-face for the first time in their current roles.

There have been five phone and video exchanges with Xi since Biden took office at the start of 2021, but Monday’s talks are their first in-person since 2017, when Biden was vice president to Barack Obama. The last time Xi met a US leader was Donald Trump in 2019.

The relationship between the world’s biggest economies has deteriorated since Biden took office over the economic competition, human rights issues and rising tensions between China and Taiwan.

Washington and Beijing are at loggerheads over issues ranging from trade to human rights in China’s Xinjiang region and the status of the self-ruled island of Taiwan. (ANI)