“This is commendable and should serve as an inspiration for the younger voters to take part in the elections and strengthen our democracy,” PM Modi said in a Twitter post while retweeting the ANI news.

106-year-old Shyam Saran Negi, the first voter of Independent India, exercised his right to franchise for the 34th time for the Himachal Pradesh Assembly elections through a postal ballot at his residence in Kinnaur district on Wednesday. 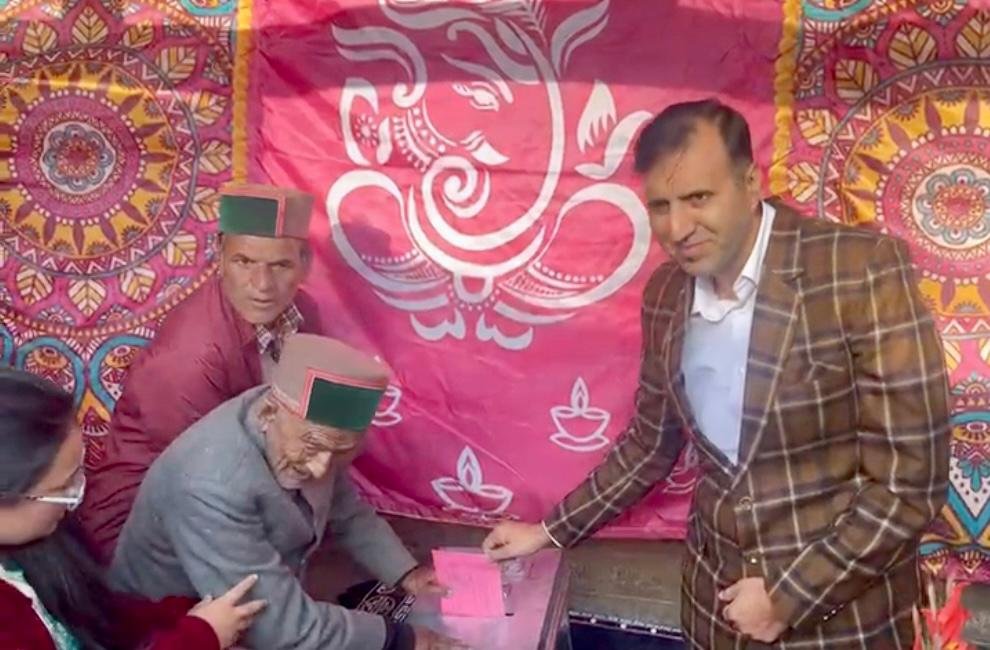 Born in July 1917, Negi voted for the first time in 1951 in the general elections of India and has voted for sixteen times in Lok Sabha Elections. He cast his vote in every Lok Sabha, Vidhan Sabha and all local bodies right after 1951. He has also been made a state election icon in 2014.

Popularly known as Master Shyam Saran, the centenarian has voted in every election since 1951 and has never missed an opportunity to vote.

After casting his vote, Negi said that every citizen should vote for strengthening the democratic set-up.

“The young voters should consider their duty to vote and contribute in strengthening the Nation,” he said, adding that we should feel proud of our voting right as it helps in choosing the right representative to lead the Nation.

Negi was brought on a red carpet to the booth where he exercised his right to franchise and soon thereafter his vote was sealed in an envelope and dropped in the ballot box.

Meanwhile, as many as 5,093 people have cast their vote through the postal ballot in Himachal Pradesh for the Assembly elections. Voting by postal ballot commenced on November 1 and will be completed before November 11.

According to the Election Commission, to make the electoral process inclusive and ensure the participation of special category voters a total of 1,70,403 Form 12-D were issued to those above 80 plus, Persons with Disability (PwD) voters and those employed in essential services in the state.

Himachal Pradesh is all set to go to polls on November 12, the results of which will be declared on December 8. (ANI)

Hofmeister trails Stitt in fundraising, but independent expenditures on her behalf far outpace his