Mumbai (Maharashtra) [India], October 18 (ANI): Kangana Ranaut, on Tuesday, penned an empowering message on women’s right to dress as per their wish.

Taking to her Instagram Stories, she posted an image where she was seen wearing a sheer, lacy bustier top with matching trousers. She wished Razneesh Ghai on his birthday, she wrote, “Happy birthday chief Razneesh Ghai.”

However, later she posted some solo pictures of herself wearing the same outfit with sober gold jewellery and nude makeup with the Sun in the background and after being trolled for wearing a bold dress, she wrote, “Just emphasising on the fact that what a woman wears or forgets to wear is entirely her business… None of your business.” 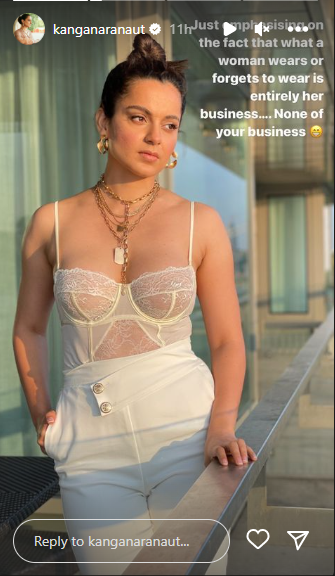 “I think I made the point….I can go to the office now…bye,” she added. 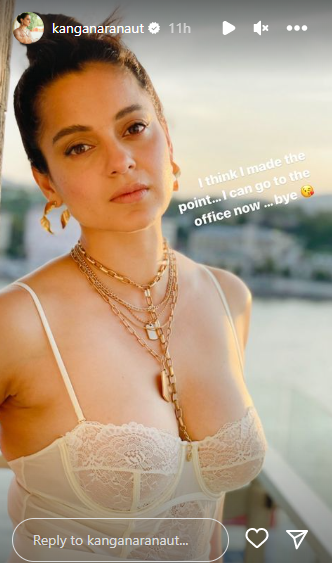 Kangana is known for her upfront statements and bold remarks. She has been very vocal on social media and has never shied away from giving her opinion on burning issues-whether it is political or civic.

Talking about Kangana’s upcoming projects, she will be seen in ‘Tiku Weds Sheru’ marks the first project produced by Kangana’s production house, Manikarnika Films. Helmed by Sai Kabir, the film stars Nawazuddin Siddiqui and Avneet Kaur in the lead roles. The film is all set to premiere exclusively on Amazon Prime Video. The official release date from the makers is still awaited.

Apart from that, she also has the period drama ‘Emergency’ in which she will be seen portraying the role of late Prime Minister Indira Gandhi. ‘Emergency’ marks Kangana’s first solo-directorial film. Apart from Kangana, the film also casts Anupam Kher, Mahima Chaudhry, Vishak Nair and Shreyas Talpade in prominent roles. The official release date of the film is still awaited. (ANI)

All you need to know about FIFA World Cup 2022 opening ceremony, who is performing

Bill would prohibit gender-reassignment treatment for those younger than 21