“In a milestone development, an Agreement on White Shipping Information Exchange was signed during this visit. Closer collaboration towards enhancing shared Maritime Domain Awareness is in keeping with convergent views of both countries with regard to promoting greater transparency in the maritime domain,” the Ministry of Defence said.

Upon his arrival, he was welcomed in the traditional Powhiri ceremony hosted by the RNZN leadership at the Te Taua Moana Marae and was presented the Ceremonial Guard of Honour at the Navy Ground, the Defence Ministry said. 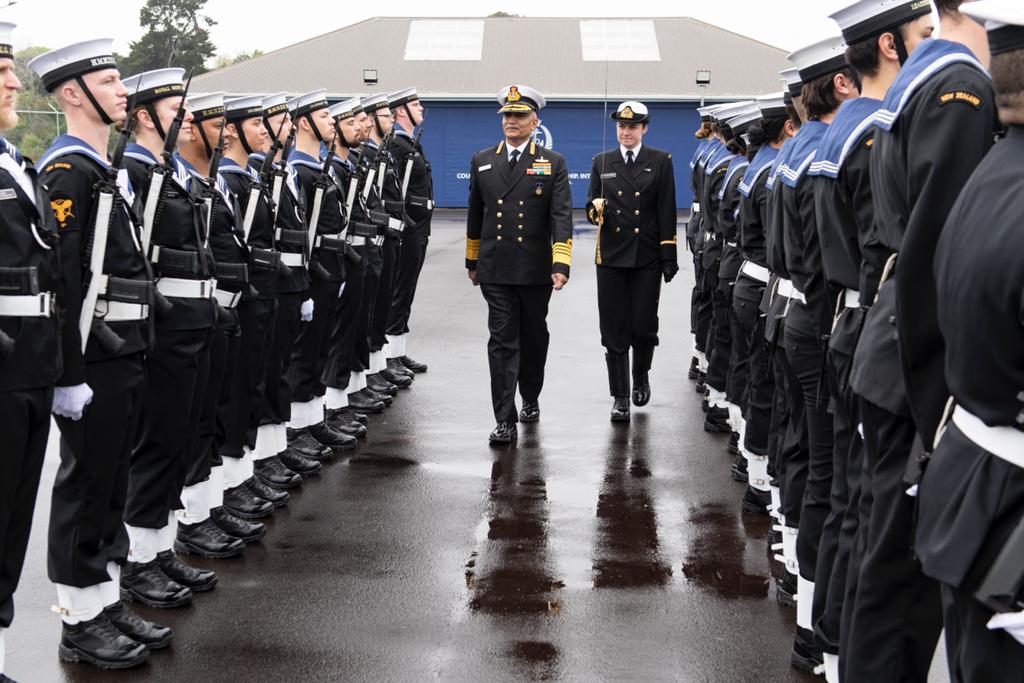 During his visit to New Zealand, the CNS met with RNZN Rear Admiral David Proctor and exchanged views on a wide spectrum of maritime cooperation opportunities and areas of mutual interest.

Both leaders exhibited enthusiasm toward expanding the scale and scope of bilateral engagements in the coming years.

The release further said that the CNS complimented RNZN leadership for their active participation in MILAN-22 and that the Indian Navy was looking forward to the maiden involvement of young RNZN officers in the upcoming Admiral’s Cup Sailing Regatta, scheduled to be hosted by the Indian Navy in December 2022.

The visit of CNS coincided with the Anniversary Celebrations of RNZN. He was received as a special guest at the ‘Beat Retreat and Ceremonial Sunset Ceremony’ held in Auckland to mark this special occasion.

Besides, he CNS was also provided a comprehensive tour of the Maritime Museum of New Zealand, showcasing the country’s rich maritime heritage.

The CNS, accompanied by Shri Bhav Dhillon, Honorary Consul of India at Aukland, also interacted with the Indian veterans and community leaders in Auckland.

The visit to New Zealand further consolidated the shared commitments of both navies and has set in motion a promising growth trajectory for deeper bilateral maritime engagements. (ANI)

Lankford moves to save folding money

These States Would Pay Most Under Biden’s New Business Tax