New Delhi [India], August 11 (ANI): Bollywood actor Hrithik Roshan, on Thursday, dropped a string of pictures from his Rakhi celebrations, which features the ‘Krrish’ actor along with his sister Sunaina Roshan and cousins Eshaan and Pashmina.

Talking to Instagram, the ‘Dhoom: 2’ actor captioned the post, “Sisters and brothers tied Rakhi to each other this year. The raksha goes both ways. Happy Rakhi everyone !………That moment in 1996. We still look the same Pic by @suranika Directed by: @sabazad.”

The first picture is from the year 1996, in which the ‘Super 30’ actor could be seen celebrating Raksha Bandhan with his sister Sunaina and his cousins Eshaan and Pashmina.

The second post is a recent picture, in which all the four members could be seen posing the same way 26 years later. 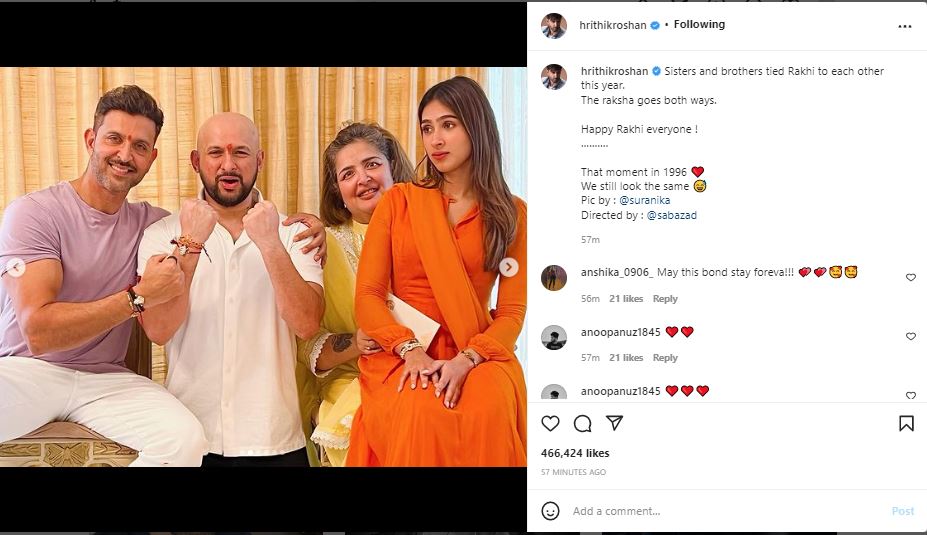 In the third picture, Hrithik could be seen tying a rakhi on his sister Sunaina’s wrist. 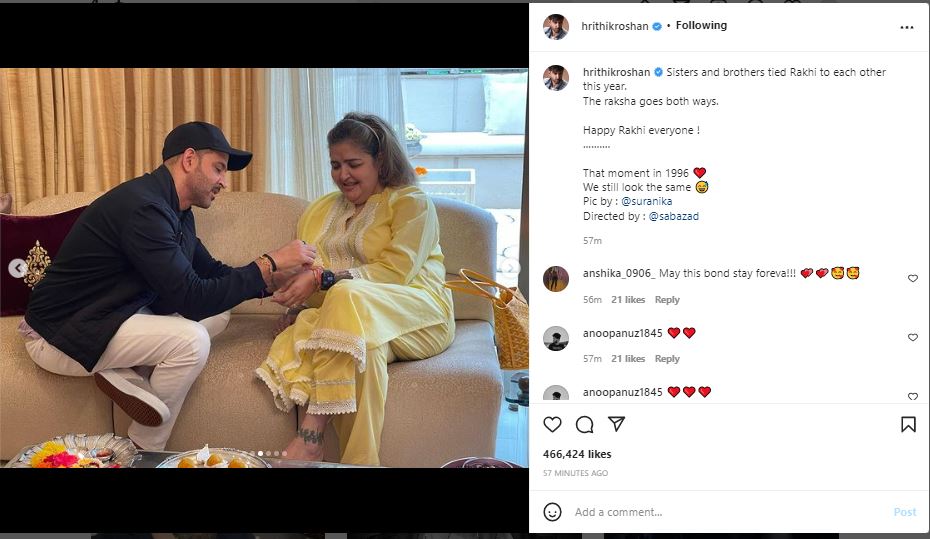 The fourth picture is a close-up where the ‘Kites’ actor could be seen showing his rakhi to the camera lens with his sister sitting beside him. 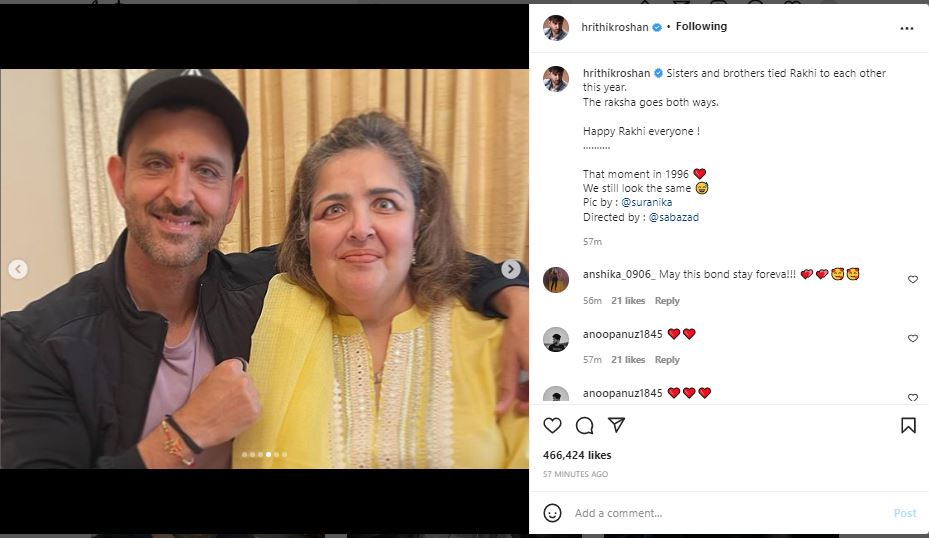 Similarly, in the fifth and sixth pictures, the actor could be seen tying rakhi to his cousin Pashmina and posing with her. 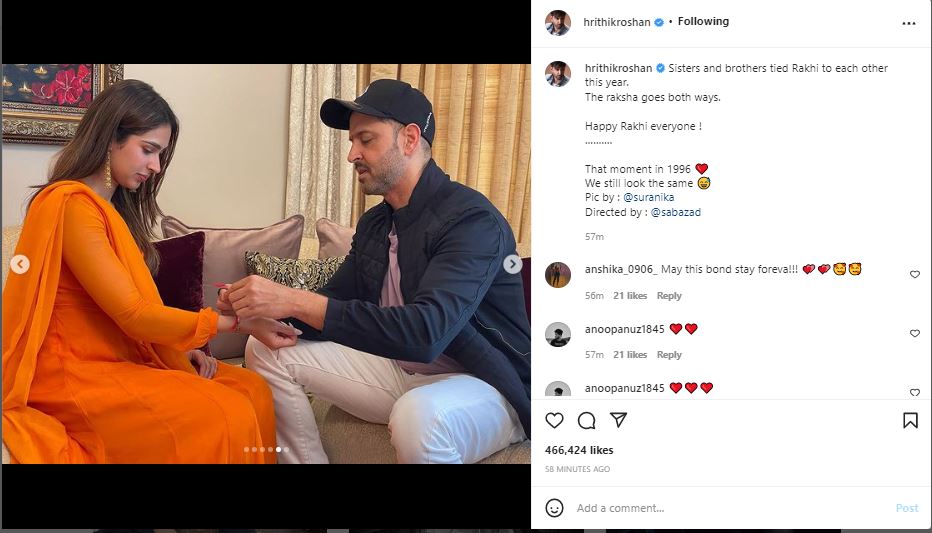 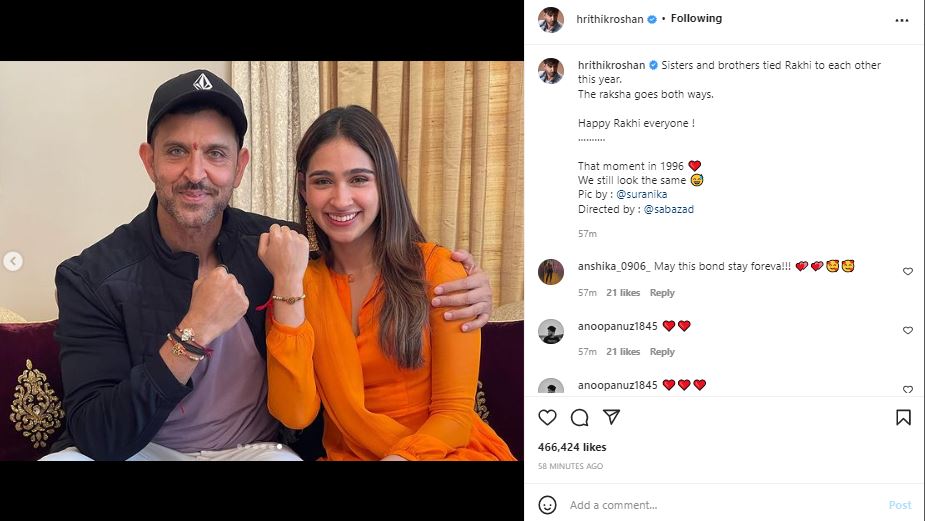 Pashmina, on the other hand, is music composer Rajesh Roshan’s daughter and will be soon making her big Bollywood debut with ‘Ishq Vishk Rebound.’

Hrithik gave the credits of directing the string of his Raksha Bandhan celebration to his girlfriend Saba Azad.

Meanwhile, on the work front, Hrithik will be next seen in ‘Vikram Vedha’ alongside Saif Ali Khan and Radhika Apte, which is slated to release on September 30.

The film is an official Hindi remake of a Telugu film with the same title.

Along with this he also has ‘Krrish 4’ in his kitty. (ANI)

Under Modi govt, ED’s public profile has changed. It has 4 times the staff, bigger budgets